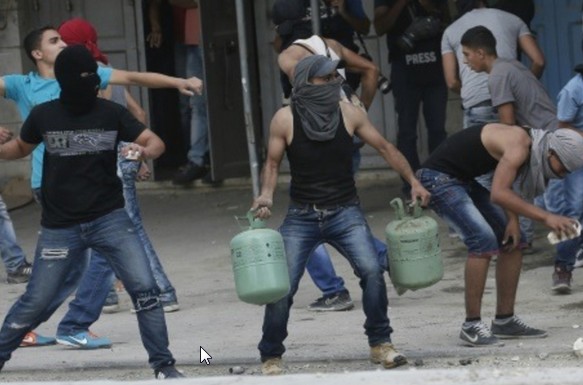 At least six Palestinians have lost their lives and more than a dozen others sustained injuries after Israeli forces opened fire at a group of Palestinian protesters in the eastern part of the blockaded Gaza Strip.

The identity of two of the victims have not immediately been released.

The sources added that as many as 35 Palestinians were also wounded during the imbroglio, describing the injuries as slight to moderate.

According to reports, five Palestinians were injured during clashes at a checkpoint, south of the West Bank city of Nablus, while seven others sustained injuries in similar skirmishes in Bethlehem, south of al-Quds (Jerusalem).

The development came only hours after an Israeli man stabbed and injured four Palestinians in the southern Israeli city of Dimona, which lies in the Negev desert and 36 kilometers (22 miles) south of Beersheba…

On Thursday, UN High Commissioner for Human Right Zeid Ra’ad al-Hussein expressed extreme concern over the escalation of the tensions in the occupied Palestinian territories, urging an end to the violence.

The UN official also warned about the rising number of the Palestinians injured by live ammunition, rubber bullets and tear gas.

A Review of Human Rights Developments in Africa throughout 2022
DRC: Attack against a church leaves at least ten dead
The General History of Africa, a work that covers the history of the entire African continent
Climate emergency in 2023: the world must act
Tags:
Previous Article
Philippines: Blaze kills 9 inmates in overcrowded jail
Next Article
USA: Two shootings on campus erupt in Arizona and Texas