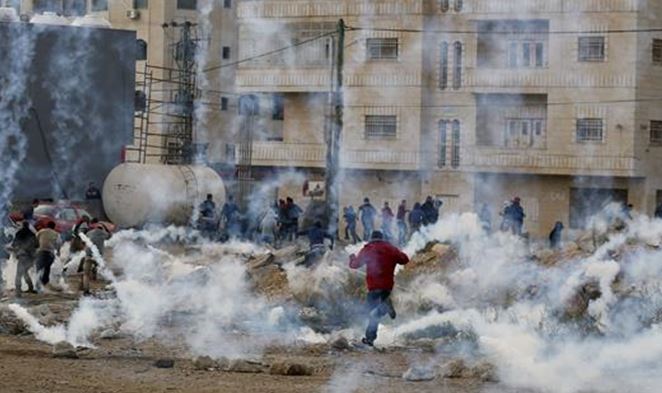 A Palestinian child has died of exposure to tear gas fired by Israeli forces in the occupied West Bank.

“Ramadan Thawabteh, eight months old, died from asphyxiation today after inhaling tear gas, fired by the Israeli army, that entered the house of his family,” the Palestinian Health Ministry said on Friday.

On Friday, clashes erupted between Israeli forces and Palestinian protesters in the city of Bethlehem, where the Thawabteh family live.

Investigations are reportedly underway to determine whether an errant tear gas canister fell into the family’s house or the gas entered from outside.

The death of the child brought to 72 the total number of Palestinians killed by Israelis since the beginning of October. Some 7,200 others have been injured either in direct confrontation with the Israelis or during protests.

Also on Friday, Israeli forces shot and killed two Palestinians in the city of Nablus after accusing them of carrying out stabbing assaults…