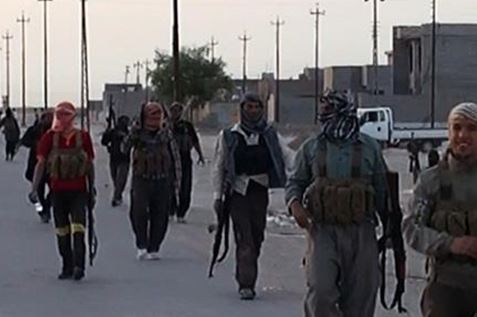 More than a dozen Iraqi government troopers have lost their lives and several others sustained injuries when a series of bomb explosions ripped through an air base in Iraq’s strategic northern province of Salahuddin.

Security sources, speaking on condition of anonymity, said at least 15 members of the security forces were killed and 22 others wounded on Sunday when two Daesh terrorists detonated their explosive-laden cars at the entrance gate of Camp Speicher, officially known as the Tikrit Air Academy, near Tikrit, located 140 kilometers (87 miles) northwest of the capital, Baghdad.

The sources added that three other extremists set off their explosives after entering the base. Daesh later claimed responsibility for the blasts in an online statement.

Refugee Rights and State Responsibility
Burkina Faso plagued by terrorist attacks which have multiplied in recent months
Risks of famine in Kenya (USAID)
Sudan: Several hundred demonstrators once again chant their opposition to the coup
Tags:
Previous Article
Syrian refugees do not lose hope, Their wish for 2016? Peace
Next Article
Iran: police Arrest 40 People for Storming Saudi Embassy in Tehran