US: four wounded in shooting at Ohio high school

US: four wounded in shooting at Ohio high school 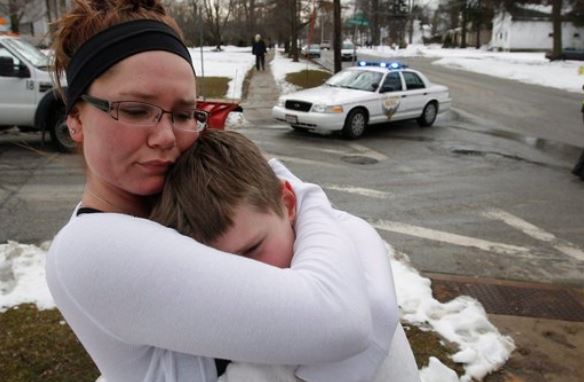 Four students have been wounded in a shooting incident at a high school in southwestern Ohio, police officials say.

A 14-year-old boy pulled out a gun in the cafeteria of Madison High School on Monday and opened fire, striking two students who were taken to hospital, authorities said.

The shooter, identified as James Austin Hancock, ran away after the shooting, but was later arrested and placed in police custody.

According to the US Centers for Disease Control and Prevention (CDC), firearms kill more than 33,000 people in the US every year, a number that includes accidental discharge, murder and suicides.

On December 14, 2012, twenty children and six adults were fatally shot by Adam Lanza, the gunman who later killed himself at the Sandy Hook Elementary School in the town of Newtown in the US state of Connecticut.

A Review of Human Rights Developments in Africa throughout 2022
DRC: Attack against a church leaves at least ten dead
The General History of Africa, a work that covers the history of the entire African continent
Climate emergency in 2023: the world must act
Tags:
Previous Article
European solidarity with refugees
Next Article
Syria: Four journalists injured in the Syrian-Turkish border