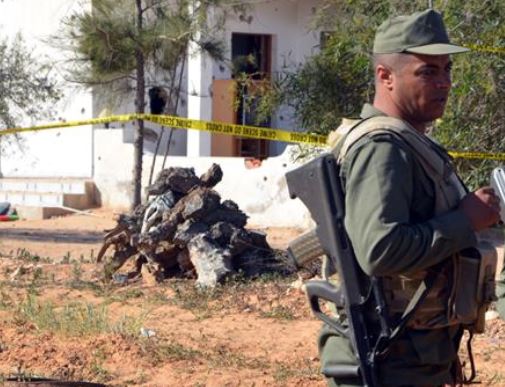 At least 25 people, including four civilians, have been killed in Tunisia in an exchange of gunfire between security personnel and unidentified gunmen near the Libyan border.

Tunisia’s Defense and Interior Ministries announced in a joint statement that a group of gunmen targeted a police station and military facilities in the eastern border town of Ben Guerdane, situated approximately 600 kilometers (372 miles) southeast of the capital, Tunis, early on Monday.

Army units repelled the attack, killing 21 militants and capturing six others. Four civilians also died in the crossfire.
The Tunisian military has dispatched reinforcement forces and helicopters to Ben Guerdane. Local residents have been ordered to stay indoors.

The militant attack came amid rising international concern about the growth of the Takfiri Daesh terrorist group in neighboring Libya, which has been struggling with instability since 2011. Back then, the country’s former dictator Muammar Gaddafi was overthrown, and armed groups as well as regional factions engaged in armed clashes in a battle for power (…)

Violence in Burkina Faso, at least 27 dead
Written statement presented by the ADH at the 50th session of the Human Rights Council
Covid-19: 94% drop in deaths expected in 2022, a great success for Africa
Consideration of the Working Group's reports on Four African Countries in the 50th Session of Human ...
Tags:
Previous Article
Migrant crisis: 25 drown off Turkish coast including many children
Next Article
Pennsylvania: Shooting at a party killed 5 people