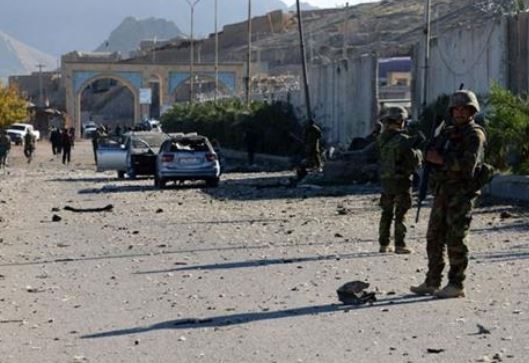 At least seven Afghan policemen have been shot dead by their comrades in the war-ravaged country’s southern province of Kandahar.

The incident took place on Thursday morning, when three members of the Afghan Local Police (ALP) apparently linked to militants opened fire on their colleagues in the Arghandab district of Kandahar in a so-called insider attack.

Following the raid, provincial governor spokesman Samim Khpolwak said an investigation committee has been dispatched to the district to probe the killings.
A former commander of the ALP was among the attackers, who managed to escape from the area after the attack, a security official said.

The Taliban militant group claimed responsibility for the assault, which happened nearly a month after four policemen were killed by the militants in a similar attack on the main highway connecting Kandahar to the neighboring province of Uruzgan.