Afghanistan: more than 60 dead in two Taliban attacks against a hospital and a Shia neighborhood in Kabul

Afghanistan: more than 60 dead in two Taliban attacks against a hospital and a Shia neighborhood in Kabul 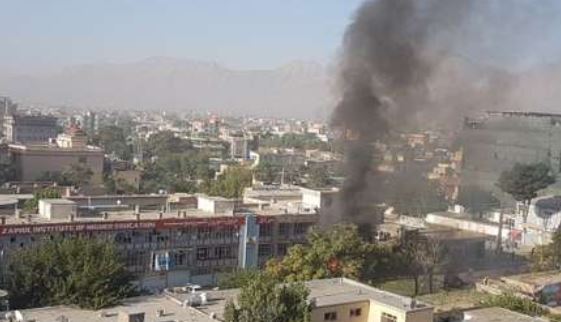 The hospital’s attack killed 35 people in Ghor province. In Kabul, a car bomb exploded in the west of the city, killing at least 26 and more than forty wounded.

Sunday 23 and Monday 24 July were murderous days in Afghanistan. The Taliban attacked a hospital in a remote district of Ghor province in central Afghanistan, killing 35 people, according to the presidential spokesman, confirming information from local sources.

They also claimed responsibility for an attack in Kabul on Monday, killing 26 people and injuring 41 people in a Shia neighborhood in the capital, according to the latest report by the Afghan presidency.

The victims are civilians, including students who went to their universities early in the period of the examination, but also security guards protecting the residence of one of the main leaders of the hazara community and Member of Parliament, Mohammad Mohaqiq, According to his spokesman.

Violence in Burkina Faso, at least 27 dead
Written statement presented by the ADH at the 50th session of the Human Rights Council
Morocco: 18 migrants from sub-Saharan Africa have died
Majority of rich countries create deleterious and dangerous living conditions for children around th...
Tags:
Previous Article
Australia accused by UNHCR of renouncing refugee agreement
Next Article
Germany: Two dead and four wounded in a shootout near a discotheque