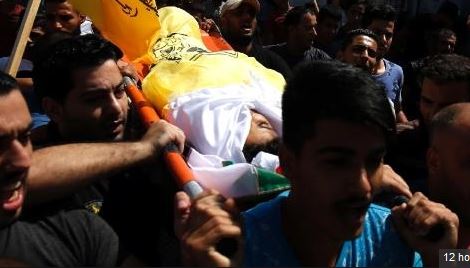 Hundreds of Palestinians witnessed Saturday’s funeral of a 12-year-old boy killed by Israeli soldiers the day before in clashes on the Gaza-Israel border.

Chadi Abdel Aal was fatally wounded east of Jabalia in the northern Gaza Strip, becoming one of the youngest victims in nearly six months of clashes between Gazans and Israeli soldiers.

The Palestinian enclave has been the scene of demonstrations since March 30th along the barrier to demand the lifting of the Israeli blockade and for the right of return of the Palestinians who were expelled or fled their lands to the creation of Israel in 1948.

A Review of Human Rights Developments in Africa throughout 2022
DRC: Attack against a church leaves at least ten dead
The General History of Africa, a work that covers the history of the entire African continent
Climate emergency in 2023: the world must act
Tags:
Previous Article
« We call on the Saudi authorities to release them immediately as well as all other peaceful human rights activists. »
Next Article
RCA: More than 40 dead in attack on refugee camp