Iraq: Two years after liberation, the inhabitants of Mosul disillusioned and its historic heart remains a field of almost desert ruins

Iraq: Two years after liberation, the inhabitants of Mosul disillusioned and its historic heart remains a field of almost desert ruins 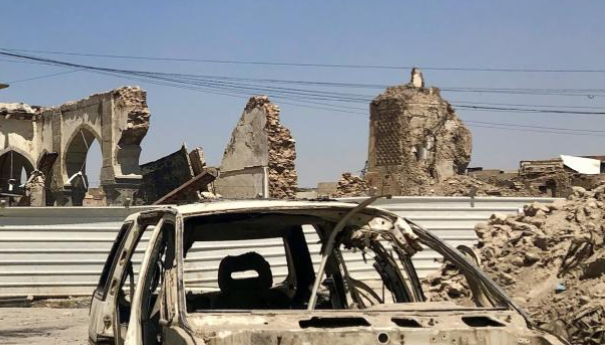 In Iraq, Mosul celebrates the second anniversary of the liberation after three years of occupation by the Islamic State group. Indeed it was July 10, 2017 that the jihadists were officially driven out of Mosul, the Iraqi capital of the self-proclaimed caliphate. Two years after liberation, the old city, almost completely destroyed by the fighting and bombing of the international coalition, still looks like a battlefield; Still its historic heart remains a field of almost desert ruins, abandoned by the Iraqi government

Despite his many requests, the rubble of Abdelkarim’s house has still not been cleared. « Life will never come back to the old city: there are no more hospitals, no more schools, everything is destroyed, we have no more public services, no help, no (…) »is he sorry this father of 4 child who is desperate to return home one day.

Read the article on franceinfo

A Review of Human Rights Developments in Africa throughout 2022
DRC: Attack against a church leaves at least ten dead
The General History of Africa, a work that covers the history of the entire African continent
Climate emergency in 2023: the world must act
Tags:
Previous Article
France: Hundreds of protesters urge government to take concrete action against feminicides
Next Article
Portugal: a huge fire that ravages the center of the country, has already made eight wounded