Impact of Colonialism on the African people

Impact of Colonialism on the African people 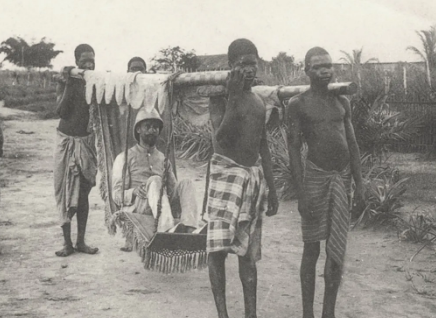 Powerlessness, illiteracy, violence, hunger, absolute poverty are only some of the concepts familiar to the African people even today. A variety of stragetgies have been employed since five centruies ago to exploit African human and natural resources. During this period many young Africans were merchandized, the trade wad dominated and controlled, the African institutions, cultures and religions were destroyed, Christianity was imposed, African leadership and soverienities were destroye, the African people was deprived of its owenership over the lands and other economic resource, transforming the right owners into slaces, all of which as Lonsdale (1985) states were for the private profit which led to disasters for the native Africans.

Colonialism had seriously destructive effects on the African colonies and accounts for the current situation illustrated by Walter Rodney (1982) in his book titled How Europe Underdeveloped Africa. It led to weakness of African economic infrastructure, educational system, trade, market, transportation and currency. It brought dependency through monocultural economy while also dehumanizing African labor force and traders. The African people has to work for colonizers on the lands belonging to themselves at very low wages (Ocheni and Nwankwo, 2012).

The collonialism, state terrorism, and racism have totally led to underdevelopment and extrme poverty of the African people, although they could achieve ‘flag’ independence in the mid- 20th century. The land, the labor, and other resources of the native Africans were all exploited to enable colonizers to accumalate wealth and power without any feeling of shame or sorry as chomsky (1993) reminds us on the characteristics of those in power. Today’s Affrican generation and all people around the workd should know and recognize the crimes committed by the colonial states to make mone and acuire lands of indiginous people in their own territories, leading to human rights violations, socio-economic, cultural and political problems for the indifenous people (Asafa (2015).

A person dies of hunger in the world every four seconds
Burkina Faso: Eleven soldiers killed and about fifty civilians missing
Niger: Hunger strikes more and more families
Catastrophic situation of children victims of extreme drought in Africa
Previous Article
Africa’s vulnerability to the impacts of climate change
Next Article
37% of women living in the poorest countries have been victims of physical violence