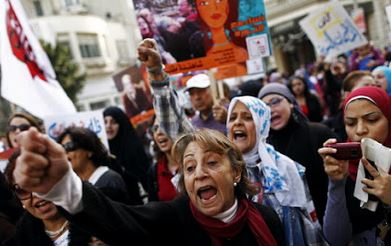 Although the constitution and Egyptian laws grant political rights to all citizens regardless of religion, gender, race, ethnicity, or any other distinction, women, Christians, Shiite Muslims, people of color, and other relevant groups face discrimination and are denied access to a number of rights.

In 2020, Freedom House ranked Egypt as ‘Not Free’ in its annual Freedom in the World report. In the same year, Human Rights Report (2020) referred to several forms of human rights violations, including various forms of unlawful or arbitrary killing, forced disappearance, torture and cruel, inhuman treatment or punishment by the government, unfavorable prison conditions, arbitrary or unlawful interference with privacy, ignoring freedom of expression, restricting the press and media, violence against different gender groups, and the worst forms of forced child labor. Many of these violations have been addressed by inconsistent punishments or prosecutions of the officials committing the abuses, with no comprehensive investigations into the issue. Although the constitution and Egyptian laws grant political rights to all citizens regardless of religion, gender, race, ethnicity, or any other distinction, women, Christians, Shiite Muslims, people of color, and other relevant groups face discrimination and are denied access to a number of rights. As reported by the Freedom House (2021), corruption is pervasive at all levels of government but official mechanisms for the investigation and punishment of the corrupt are still weak and ineffective. On the other hand, although there are provisions which guarantee equality and non-discrimination in certain areas of life, there is a lack of protection in other areas such as healthcare and housing, indicating that the Egyptian legal framework lacks coherence and clarity in its guarantees of equality and non-discrimination (The Equal Rights Trust Country Report Series, 2018).

As reported by UNICEF (2021), Egyptian policy-makers have achieved progress towards gender equity and girls’ and women’s empowerment throughout the past few decades. However, Egypt still has one of the highest levels of gender inequality in the world, ranking 134th out of 153 countries in the World Economic Forum’s 2020 Global Gender Gap report. Although the country’s gender indicators have aligned with global trends of increased girl participation in primary schools, female labor force participation remains very low compared to international benchmarks, while there are other issued of gender-based violence such as child marriage, female genital mutilation, and domestic violence. The government has placed gender equality and girls’ and women’s empowerment as a clear priority in the last few years, but some of these acts such as child marriage are still conducted across the country because the law has just prohibited without criminalizing them. According to the Freedom House (2021), measures taken by the government to combat domestic and gender-based violence have not been effective because of social resistance, poor enforcement, abuses by the police themselves, and lack of adequate protection for witnesses. In addition, Egyptian women and children, migrants from Sub-Saharan Africa and Asia, and Syrian refugees are vulnerable to forced labor and sex trafficking. Meantime, Human Rights Watch (2021) has also reported on the arbitrary arrests and detention of people based on their sexual orientation or gender identity and subjecting them to torture and ill treatment.

On the other hand, concerns about the treatment of journalists, opposition groups and NGOs in Egypt continue (Smith and Loft, 2021). NGOs face restrictions as a restrictive 2019 law provides for large fines against NGOs deemed to threaten national security, public morals, and public order. In 2020, an escalation in the repression of human rights advocates was observed (Freedom House, 2021).

Another form of discrimination and harassment is evident in the rights of religious minorities, people of color from Southern Egypt, migrants, and refugees from Sub-Saharan people. As stated by Smith and loft (2021), Christians continue to be vulnerable in Egypt although there have been some positive steps such as president’s public backing of religious inclusivity and opening the Middle East’s largest Cathedral in 2019. It seems that the range of policies, strategies, and initiatives adopted by the government has not been effective as they do not impose binding obligations on state or non-state actors, or have a limited or unclear scope (The Equal Rights Trust Country Report Series, 2018).

To deal with the issue of human rights in Egypt, it seems that increasing awareness of the Egyptian families to change their intellectual, cultural, and economic perspectives in line with a fight against inequalities and all forms of discrimination. This cannot be done by one nation or country and requires a multi-dimensional and comprehensive plan by the international community as a whole. There should also be some committees to identify the most vulnerable groups and report continuously on their conditions, while the government of Egypt should be committed to fundamental changes in its legal framework to help these vulnerable groups and address their sufferings.

Violence in Burkina Faso, at least 27 dead
Written statement presented by the ADH at the 50th session of the Human Rights Council
Morocco: 18 migrants from sub-Saharan Africa have died
Majority of rich countries create deleterious and dangerous living conditions for children around th...
Previous Article
Tunisia: Human Rights and Economic Issues Worsened by COVID-19
Next Article
One billion children exposed to the impacts of climate change