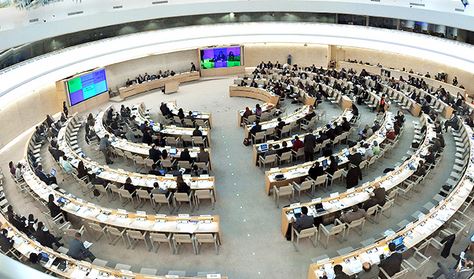 According to the 40th session of the Working Group on the UPR, one of the issues covered by the government of South Sudan was the promotion and protection of the rights of women and children. The report documented a significant reduction of human rights challenges, especially in Juba, Malakal, and Wau. There were, however, concerns about issues relating to the accession to international conventions, the protection of civil liberties, the implementation of the Revitalized Agreement, and the holding of elections. A general opening up of the political space was being ensured through the development of legislation, including the constitution-making process, that the country was undergoing to achieve the goals of the Revitalized Agreement on time. The reforms to the security sector, including amendments to the national security laws and laws on the South Sudan People’s Defense Forces were also considered to be implemented by the government. Besides, as shown by the report, a specialized court had been established to address gender-based violence. Also, the Convention on the Rights of Persons with Disabilities was already in the final stages of review, as were the International Covenant on Civil and Political Rights and the International Covenant on Economic, Social, and Cultural Rights. Regarding the political space open to political actors in South Sudan and issues related to liberties and freedoms, the Transitional Constitution contained an elaborate chapter on human rights and laws that existed to protect and promote them. Finally, according to the report, the Government of South Sudan was ready and willing to improve the conditions of human rights resulting from the war in the country. South Sudan had struggled for recognition of its national sovereignty to have its citizens enjoy all the human rights that they previously lacked. The Revitalized Agreement gave the Government an opportunity to correct the image of the country and move toward the establishment of a democracy where the rights of all were guaranteed and protected. Hence, the Government was willing to engage with all those who were willing to render support, advice, and technical and capacity-building assistance to achieve that goal.

For Uganda, it was stressed that the country was proud of its approach to addressing the coronavirus disease pandemic, in which it had prioritized life above everything. At the center of development, Uganda had adopted a human rights-based approach, specific legislation giving effect to provisions of the Constitution and policies that promoted and protected human rights while actively participating and supporting initiatives and processes that promoted peace and dialogue within its region and beyond. Since the previous review cycle, in 2016, Uganda had enacted and implemented laws and policies in line with international human rights standards, ensured inclusive economic growth, equality, and accountability, strengthened oversight mechanisms, and enacted the Administration of Justice Act, which empowered the judiciary, strengthened the Human Rights Commission of Uganda, the Equal Opportunities Commission and the Parliamentary Committees on Human Rights and on Equal Opportunities. Uganda strongly believed that the media was an important part of a democratic society and was essential to the protection of human rights and fundamental freedoms and socio-economic transformation. However, it was grappling with the challenges posed by the new media and prioritized the development of information and communications technology infrastructure and the Internet by putting in place a legislative and policy framework. Furthermore, the Government recognized the critical role played by non-governmental organizations in the advancement of democracy, but all non-governmental organizations registered in Uganda were expected to comply with the law. The commitment of Uganda to protecting human rights was informed by its history and formed the cornerstone of the Ten Point Program.

For Zimbabwe, several regional and international treaties had been ratified. The Education Act had been amended to incorporate human rights norms on gender, disability, health, and equity for children. In 2018, a national program for vaccinating girls and women against the human papilloma virus was rolled out across the country to combat cervical cancer. Besides, through a countrywide vaccination program, 7.4 million people received at least one dose of the COVID-19 vaccine and about 34% were fully vaccinated. The grants-in-aid-of-tuition program continued to support the most disadvantaged primary and secondary school learners. In addition, sanitary items were being provided to female learners. In collaboration with development partners, water, sanitation, and hygiene policy was being also implemented with the objective of providing proper sanitation facilities for all by 2030. Alternative learning platforms were also introduced to facilitate teaching and learning during the COVID-19 pandemic. In relation to the participation of youth in politics, at least 10 seats in the National Assembly were reserved for young people. Conditions at holding and detention facilities continued to improve and an open prison for female offenders became operational in 2021, while all prison officers received training on human rights and the rehabilitation of inmates, among other topics. The limited resources due to successive years of widespread drought and the lingering and costly aftermath of Cyclone Idai, exacerbated by the demands of the COVID-19 pandemic, led the Government to prioritize food security and the fight against the COVID-19 pandemic, resulting in reasonable progress to contain the infectious disease. In another measure, it was ensured that arrested persons were released unless there were compelling reasons not to. Delays in finalizing court cases initially attributed to courts being unable to sit owing to successive COVID-19-related containment periods were eventually remedied through the holding of court proceedings online.

Finally, as the report shows, Togo had submitted periodic reports to treaty-monitoring bodies, including the Committee on the Elimination of Racial Discrimination in 2016, the African Commission on Human and Peoples’ Rights, the Committee against Torture in 2018, and the Human Rights Committee in 2019. Togo ratified the International Convention on the Protection of the Rights of All Migrant Workers and Members of Their Families in 2020 and acceded to the 1954 Convention relating to the Status of Stateless Persons and the 1961 Convention on the Reduction of Statelessness in 2021. The constitutional amendments adopted on 15 May 2019 enshrined the abolition of the death penalty and the prohibition of life sentences and established a limit on the number of terms that the President could serve, a new voting system for presidential elections, and limits on the number and length of terms of deputies, senators, territorial authority councils and the governing bodies of the country’s institutions. The legislative reforms strengthened the independence of the country’s institutions for the protection of human rights, including the Constitutional Court, the National Human Rights Commission, the Court of Audit, the High Audiovisual and Communications Authority, and the High Authority for Preventing and Combating Corruption and Related Offences, expanded their powers to receive referrals and improved their functioning. Since 2018, Togo had accelerated the advancement of women in the public administration sector, enabling them to lead a number of institutions as women accounted for 35% of members of the current Government and headed 30% of the country’s institutions. In 2021, a national commission to combat trafficking in persons was established. To combat torture and other cruel, inhuman, or degrading treatment or punishment, the functions of the national mechanism for the prevention of torture had been entrusted to the National Human Rights Commission. Although visits to detainees were suspended on 13 April 2020 because of the COVID-19 pandemic, the National Human Rights Commission and other mechanisms for monitoring places of detention continued to carry out visits, and the Government considered their recommendations with interest. Also, a new and more modern and accessible judicial system was established under which judicial specialization, independence, and equitable access to local justice were strengthened. Togo strengthened free access to local justice by establishing and operationalizing 14 justice centers, which provided conciliation and mediation services and promoted alternative means of dispute resolution. A major reform of the legal framework governing the press and the media started in 2020 to strengthen freedom of expression and opinion. Another progress was the introduction of measures to strengthen the protection of all Internet users, including journalists, against cybercrime and illegal data interception. Persons with disabilities were also fully considered in the development, education, and health strategy through a committee responsible for monitoring the inclusion of persons with disabilities, established in 2016.

The Francophonie and Human Rights as it celebrates its fiftieth anniversary
By 2050, nearly half of children living in Africa and Asia will be continuously exposed to extremely...
Need to invest in multi-hazard warning systems, according to the UN
A person dies of hunger in the world every four seconds
Previous Article
70 migrants of different African and Asian nationalities dead or missing
Next Article
Covid-19: 94% drop in deaths expected in 2022, a great success for Africa