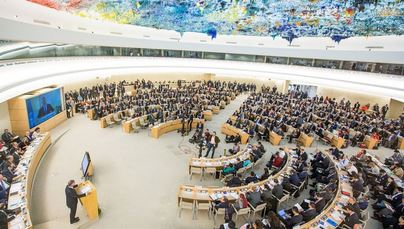 Inequalities in the processing of information

Ukraine war proved that the world does not pay the same attention to the lives of different peoples.

The Human Rights Agency denounces injustices and inequalities in the treatment of different ethnic groups facing conflicts. It is regrettable that despite the scientific and technological advances of the world in this century, the international community still does not treat the human race in the same way.

The international media focuses its attention mainly on the war in Ukraine, while it does not take seriously the people of other regions such as Yemen, Afghanistan, Syria, the Horn of Africa and Ethiopia who are in worse humanitarian conditions.

The ADH appreciates the Director General of the World Health Organization, Mr. Tedros Adhanom Ghebreyesus who reacted well to this painful reality of the current world pointing out the inequalities in the processing of information…