Risks of famine in Kenya (USAID)

Risks of famine in Kenya (USAID) 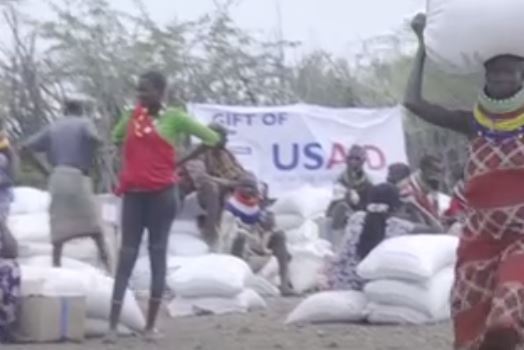 In East Africa, the Intergovernmental Authority on Development (IGAD) has announced that more than 50 million people are expected to face an acute food insecurity crisis this year.

It was because of this crisis that United States Agency for International Development (USAID) representative Samantha Power met with villagers in Turkana, Kenya to talk about the prolonged drought that had decimated their livestock and which raised fears of famine. Visiting East Africa, Samantha Power wishes to draw the attention of the international community to the food crisis unfolding in the region.

The USAID representative spoke about livestock decimated by drought and warned of the massive loss of livelihoods. She also warned of the risk of loss of human life.

“We are providing $1.6 billion in financial support to our partners who are doing everything from building or repairing boreholes, to providing a source of water, to distributing food and medicine. .” said USAID representative Samantha Power.

According to UN figures, nearly 250 million people in Africa suffer from hunger or malnutrition. Today, children are particularly affected by hunger and the populations of many African countries urgently need comprehensive humanitarian aid.

Economic and health crises, armed conflicts, the Covid-19 pandemic, as well as natural disasters considerably exacerbate the situation in many African countries. The number of hungry people in the world has increased by 60 million since 2015 to reach a total of 690 million people, according to United Nations figures.