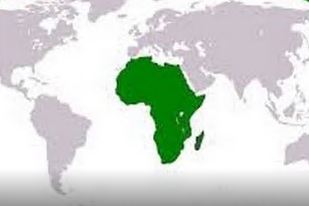 On October 6, the World Health Organization (WHO) launched a campaign to raise awareness and encourage suicide prevention. Africa is home to six of the ten countries with the highest suicide rates in the world.

“Suicide is a major public health problem and every suicide is a tragedy. Unfortunately, suicide prevention is rarely a priority in national health programs.”Matshidiso Moeti, WHO Regional Director for Africa.

According to the WHO, mental disorders currently affect 116 million people in Africa, compared to 53 million in 1990. More broadly, mental health problems represent up to 11% of risk factors associated with suicide. It is in this context that the UN health agency launched on October 6, 2022 a campaign to raise awareness and encourage suicide prevention in Africa. This is to raise awareness among the general public on how to identify and help those in need and to contribute to the fight against the stigma associated with suicide, epilepsy, mental disorders and alcohol or drug abuse.

It should be noted that among the means most used by people who commit suicide in Africa, we can allude to poisoning by pesticides, drowning, hanging, the use of a firearm and overdose of drugs.

The Francophonie and Human Rights as it celebrates its fiftieth anniversary
Environmental Impact of Armed Conflict
The Importance and Contribution of Citizen Journalism across Africa
By 2050, nearly half of children living in Africa and Asia will be continuously exposed to extremely...
Previous Article
A person dies of hunger in the world every four seconds
Next Article
Conditions of Indigenous Peoples in the African Region