Conditions of Indigenous Peoples in the African Region

Conditions of Indigenous Peoples in the African Region 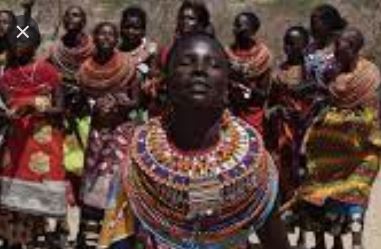 Indigenous peoples today, are arguably among the most disadvantaged and vulnerable groups of people in the world. The international community now recognizes that special measures are required to protect their rights and maintain their distinct cultures and way of life (UN, 2019). The number of indigenous people in Africa is estimated to be around 50 million, most of whom are nomadic and semi-nomadic pastoralists and hunter-gatherers faced with a variety of challenges.

Indigenous peoples lack recognition, and face poor implementation of their rights and flagrant violations of their rights and their lands, while the need for their free, prior and informed consent and the right to autonomy and self-government is disregarded by local businesses and transnational corporations in mining, logging, and oil and gas extraction, among other sectors (UN, 2022). These people have sought recognition of their identities, way of life and their right to traditional lands, territories and natural resources for years, but their rights have always been violated throughout the history.

A major challenge for indigenous peoples in Africa is access to education. The education gap between indigenous and non-indigenous peoples remains critical. Primary school enrollment rates for indigenous children generally are much lower than the national average (UN, 2013). Indigenous Peoples tend to have less access to and poorer quality of education than other groups. Their education often does not incorporate curricula and teaching methods that recognize their communities’ histories, cultures, pedagogies, traditional languages and traditional knowledge. The Expert Mechanism on the Rights of Indigenous Peoples states that quality education for Indigenous Peoples means “education that is well resourced, culturally sensitive, and respectful of heritage and that takes into account history, cultural security and integrity, encompasses human rights, community and individual development.” This has unfortunately rarely been the case. Education policies and systems have often been used as a means to ‘assimilate’ Indigenous Peoples into broader society at the risk of destroying their culture, languages, identity and rights. Policies and curricula were rarely developed with Indigenous Peoples’ participation or consent (World Bank Blogs, 2019).

Poor health and social status of indigenous peoples are another issue. The health of Indigenous Peoples is often marked by higher rates of health risks, poorer health outcomes and greater unmet needs in terms of health and social services (WHO, 2022). For example, the lack of culturally appropriate health care institutions has worsened the situation, as traditional knowledge and pharmacopoeia are lost in many places such as the Republic of Congo as one example. Indigenous Peoples are experiencing new diseases such as HIV/AIDS, yaws, and respiratory illnesses, which are foreign to their cultural vocabulary and culturally insensitive clinics limit the effectiveness of treatment and understanding of these ailments for Indigenous Peoples (Cultural Survival, 2019).

Another challenged faced by African indigenous people is food security. The socio-demographic profile of African people, predominantly young population, high school dropout rates among children/illiteracy among adults, at least one neglected or non-neglected tropical, etc., makes it difficult for these people to enjoy their right to food and nutrition. In addition to this, there is a lack of public policies, discriminatory social norms that perpetuate inequalities, difficulties for Indigenous people to carry out income-generating activities (IGAs), as well as difficulties on the part of all stakeholders to improve the food consumption and food security indicators of these peoples (IWGIA, 2022).

Armed conflicts also put multiple pressures on indigenous peoples in Africa – from the Maasai in Kenya and the Tuareg in Mali to the Baka of the Central African Republic. In addition, indigenous peoples’ territories are often exploited for mining, logging and other extractive industries, threatening the livelihoods of pastoral, semi-nomadic, hunter-gatherers and forest peoples (UN, 2013), leading to increased displacement due to rising conflict, armed rebel groups, extractive industries, and conservation efforts that resulted in the destruction of their societal fabric. Too often Indigenous Peoples are left out of the political processes and the decisions affecting them (Cultural survival, 2019).

Africa’s indigenous peoples can make major contributions to their countries. Their traditional knowledge and the effective use and preservation of their lands and natural resources can inspire worldwide measures for conservation and mitigation. As stated at the 1st Africa Protected Areas Congress (APAC) (2022), although there has been some progress by governments, development partners and others in recognizing and advancing the rights of Indigenous Peoples and Local Communities (IPLCs), a lot remains to be done. However, it must be recognized that of some States have made efforts to include indigenous people in some of their national programs and policies, as is the case with the National Development Plan in Chad and the White Paper on the Rights of Indigenous Peoples in Namibia. While waiting for actions to be taken, these people are voicing their concerns, priorities, and initiatives to be heard at the local, national, and regional levels to continue taking care of their families, protecting their traditional knowledge, and contributing to the economic and social development and well-being of their people (FIMI, 2021).

The Francophonie and Human Rights as it celebrates its fiftieth anniversary
Environmental Impact of Armed Conflict
The Importance and Contribution of Citizen Journalism across Africa
By 2050, nearly half of children living in Africa and Asia will be continuously exposed to extremely...
Previous Article
Africa: Suicide Prevention Awareness and Incitement Campaign
Next Article
Need to invest in multi-hazard warning systems, according to the UN