Need to invest in multi-hazard warning systems, according to the UN

Need to invest in multi-hazard warning systems, according to the UN 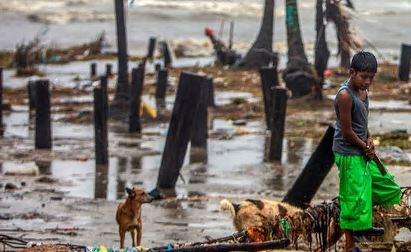 Less than half of least developed countries and only a third of Small Island developing states have a multi-risk early warning system for natural disasters, according to the UN.

Less than half of least developed countries and only a third of Small Island developing states have a multi-hazard early warning system, according to the UN. These are indeed systems that, for example, make it possible to warn populations against the risk of soil liquefaction following an earthquake or landslide, or to warn of an epidemiological threat following heavy rainfall.

A new report by the Office for Disaster Risk Reduction (UNDRR) and the World Meteorological Organization (WMO) highlights the case of developing countries who are even worse off despite being on the front lines of the climate change. “The people who have contributed the least to the climate crisis are those who are paying a high price,” according to the UN chief. The report released on the occasion of the International Day for Disaster Risk Reduction shows that to increase the coverage of early warning systems and adequately protect against disasters, least developed countries, small island developing states and the countries of Africa need the greatest investments.

The WMO must present to the next United Nations Conference on Climate Change (COP27) which will take place in November 2022 in Egypt, an action plan aimed at achieving this ambitious objective.

It should be noted that the number of disasters quintupled between 1970 and 2019 under the effect of climate change and the multiplication of extreme meteorological phenomena.