By 2050, nearly half of children living in Africa and Asia will be continuously exposed to extremely high temperatures

By 2050, nearly half of children living in Africa and Asia will be continuously exposed to extremely high temperatures 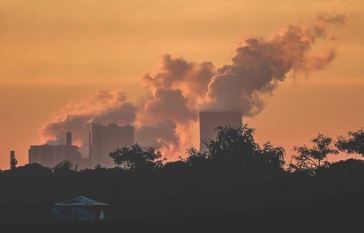 On the eve of the United Nations Conference on Climate Change, COP27, a new report from the United Nations Children’s Fund (UNICEF) warns that by 2050, more than 2 billion children on the planet will be affected by the adverse consequences of climate change for their health and livelihoods. 559 million children are currently exposed to frequent heat waves, the report states.

UNICEF is calling for increased funding for adaptation to protect the youngest and most vulnerable. For the UN agency, 624 million children are faced with one of the three other indicators specific to high heat: long-lasting, high-intensity heat waves or extremely high temperatures.

“Over the next thirty years, more and more children will be hit by longer, more intense and more frequent heat waves, which will put their health and well-being at risk,” said Catherine Russell, Director General of UNICEF.

According to the UN, by 2050, nearly half of children living in Africa and Asia will be continuously exposed to extremely high temperatures. Also under a very high emissions scenario, the number of countries whose children are exposed to extremely high temperatures will increase to 36 in 2050 from 23 countries today. In any case, Burkina Faso, Mali, Niger, India, Chad, Sudan, Saudi Arabia, Iraq and Pakistan should have the highest number of affected children.

Africa is experiencing the greatest effects of climate change in the world. More frequent and longer heat waves, droughts, floods and cyclones have already affected millions of Africans and threatened their livelihoods.