The Importance and Contribution of Citizen Journalism across Africa

The Importance and Contribution of Citizen Journalism across Africa 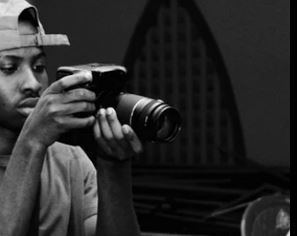 The 20th century saw a massive transformation in journalism. Some of its greatest inventions such as the advent of the internet, rapid advancement in technology, and the creation of social platforms, led to an evolution which set a paradigm shift that has challenged and supplanted the dominance of traditional media. Citizen Journalism, as an unconventional type of news gathering and reporting, taking place outside of traditional media structures, and which can involve anyone, is the result of this evolution (Onwe, 2022), facilitating dissemination of information worldwide, and particularly throughout the African continent.

All over the world and particularly in Africa, Citizen Journalism has altered and reshaped collective action and mobilization, with countless examples. As early as about a decade ago, Abiola (2011) stated that volunteer journalists remain one of the progressive groups on the African continent, distributing information through blog, camera phones, video and other media. It was also stated that surfing through the net, it is likely citizen journalists are leaking out news about the oppressive tendencies happening in their countries, while many citizen journalists in Zimbabwe, Nigeria and other countries suffer from power outages and lack of journalistic training, not to mention financial challenges.

In Africa, citizen journalism offers alternative platforms for expression to citizens, especially in situations where politics, culture and beliefs have the potential to limit citizen’s ability to express themselves freely. This type of journalism gave users an opportunity to write articles and even blog about issues they could not write about in their own countries. This included the wave of users from Uganda, Tanzania and Zambia, who wrote in 2022 on issues already limited by the laws of their countries (Mukendi, 2022).

Citizen journalism has shown impact on communities where citizens have been able to report and had basic writing skills. Backed by strong cultural beliefs, in many African countries, certain issues are not defined as important at a national level, neglected by the mainstream media. To clear the issue, as example states that an article wrote by a member of a Zambian farmer organization providing tips on how to grow healthy organic chilies led to curiosity from another organization in rural Uganda, facing difficulties in growing and sustaining this kind of crops. In such conditions, citizen journalism has enabled these two organizations to interact and share their experiences (Mukendi, 2022).

In Zimbabwe, mobile journalism plays an important role in citizen journalism. There are few radio stations and one television station, so citizen journalists feel a disparity in the production video content between their news media and the ability for individuals in their own capacity to record and share information. More recently, the government has been using the Covid-19 pandemic as an excuse to silence the opposing voices in the media, but citizen journalists believe in a responsibility to disclose the needs of their communities to the greater public (DigicomNet, 2021).

In Mozambique, citizen journalism is closer to mainstream media and also more community-oriented. In both countries, there have been constraints as non-official journalists have been arrested in Zimbabwe, and there have been attempts to overtly censor online content in Mozambique. Besides, in Zimbabwe, a journalist has to be recognized by the government. As a consequence, citizen journalism is more fragmented there. (Hokkanen, 2020).

There are also other instances of the role of citizen journalism in this continent, for example, in December 2018, in the northern town of Atbara, Sudan, local officials had removed the wheat subsidy causing the price of bread to triple overnight (Onwe, 2022), the news of which was disseminated by citizen journalists.

In Sierra Leone, it is difficult for average citizens to reach the media, so mobile phones give power to citizens to tell and share their stories as it is crucial that people have the freedom to speak their minds. For example, young people with mobile phones have been able to capture instances of police brutality, share these instances, and tell the public what has been happening. People seek information that is credible and through citizen journalism people can express their views, discuss the issues they find important, and amplify their voices when the media has let them down (DigicomNet, 2021).

Accordingly, the most crucial survival strategy for Africa’s media is to migrate to cell phones and the Internet, and to generate content in local languages so it is accessible to a majority of citizens. Besides, African governments need to enable the media to function effectively as an instrument of development and peaceful coexistence. This can be accomplished by constitutionally guaranteeing press freedom, empowering citizen journalism, and removing many of the bottlenecks that have constrained the ability of the press and citizen journalists to carry out their mission effectively.