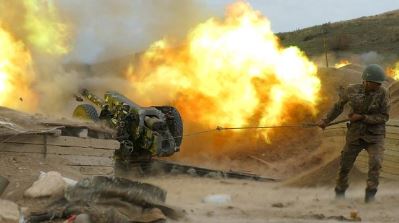 Environmental damage in times of armed conflict disrupts ecosystems and natural resources long after hostilities have ended. These are impacts that threaten biodiversity and that extend well beyond the limits of national territories with worrying consequences for future generations.

The loss of civilian or military human lives, as well as the material damage due to armed conflicts, have always been suffered while the environment often remains a silent victim; In war, well water may be polluted, crops may be burned, trees may be cut down or animals may be killed.

Africa was the continent most affected by conflicts in 2020 totaling 10 of the 29 conflicts identified in the world. This continent has suffered a considerable impact of conflict and internal wars on its environment, both direct and indirect impacts: pressure on natural resources by armed forces and civilian populations, loss of biodiversity due to the influx and the presence of refugees and displaced persons; not to mention the post-conflict impacts which continue and persist, including the collateral impacts essentially linked to the lack of governance such as the contamination of water, soil and air.

For example, Congo is one of the most significant cases of this type of impact in Africa. In the mid-1990s, the Democratic Republic of the Congo, victims of a series of armed conflicts, lost populations of wild animals, used as bush meat by combatants. Antelopes, rodents, monkeys and forest elephants have thus seen their numbers drastically reduced.

The drying up of Lake Chad present in Cameroon, Niger, Nigeria and Chad is another example illustrating the disastrous consequences of the destruction of natural resources on the populations whose economy largely depended on this ecosystem.

The extreme north of Cameroon, which finds itself in the grip of massive arrivals of refugees fleeing Boko Haram, has lost a considerable part of its biodiversity; the refugees were destroying the region’s ecosystem of shrubby savannah in order to make firewood.

It is crucial to protect the environment at all times, especially during armed conflicts. Environmental protection must be part of conflict prevention and peacekeeping and peacebuilding strategies. For the UN, there can be no lasting peace if the natural resources and ecosystems on which populations depend are destroyed.