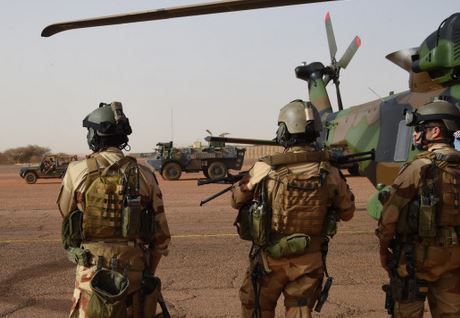 The Barkhane anti-terrorist operation completed its withdrawal from Mali on August 15, while there is gross evidence that the results of France’s action in Mali have been obviously negative. The initial aim was to stem the progression of jihadism in the Sahel and to develop a strong partnership with the Malian army to increase its power. However, this strategic partnership was reduced to nothing as Bamako denounced all the defense agreements signed with Paris, Barkhane left and jihadism continued to spread in the region and take root in societies. This is while the situation remains worrying in several other parts, including Burkina Faso, western Niger, northern Benin, Togo, Côte d’Ivoire, and Ghana (Paudal, 2022).

France has been involved with Africa and tried to be there not only for remaining an effective power in the world but also providing the needs of the mainland. With the help of the old positive image from the colonial period, everything went smoothly in Sub-Saharan Africa. France established new organizations, made bilateral agreements and transformed these attempts into state policies so as to keep the influence in different ways (Resul Mulayim, 2017).

France had initially intervened in the country at the request of Bamako in 2013, under Operation Serval, to respond to an offensive by the ethnic-Tuareg separatist movement, which had allied with an al-Qaeda affiliate, in the country’s north. Malian forces, and various armed groups have been accused of committing massacres and extrajudicial killings, while a United Nations investigation has said French air strikes have killed dozens of civilians. To date, thousands of people have been killed in the insecurity and more than two million civilians have been forced to flee homes in central Mali, which is also the base of what is widely considered the UN’s most dangerous peacekeeping mission, MINUSMA (Aljazeera, 2022).

The drone-instigated airstrike was a part of Operation Barkhane. While France claimed its airstrike targeted a terrorist camp, locals who were eye-witnesses to the tragic incident, told that it was in fact a wedding (TRT World, 2022). On 3 January, 2021 France executed airstrike as part of its Operation Barkhane mission in central Mali, Bounti. A UN report on the attack concluded that a wedding was attacked with 19 civilians killed. However, France dismissed the findings. The attack conducted by the French military on 3 January, 2021, is in complete violation of international human rights and international humanitarian law. France is known for its lack of transparency on civilian casualties in other conflict theatres, including a track-record of denying civilian casualties (Stoke White Investigations, 2021).

The situation worsened in late 2020 when a Malian civilian was shot dead and two others wounded by the French soldiers. The French army said it fired warning shots but some bullets bounced and hit the windscreen of a civilian bus the victims were occupying. However, the Malian bus driver said he did not hear any warning shot. This has not been the first time French military personnel were found to be involved and responsible for civilian deaths (TRT World, 2022).

There have been reported incidents from other African countries, especially in the Central African Republic. In 2017, a 10-year-old child was shot dead by French soldiers, according to the Revolution Permanente website, which the military said happened due to an error of judgment. Furthermore, back in 2014, French soldiers in the Central African Republic were accused of child rape while carrying out overseas operations. But because of lack of evidence and challenges associated with the location of abuses, courts dismissed the case in 2018, leaving questions by civil parties unanswered (TRT World, 2022).

According to recent analysis by Nathaniel Powell, France failed in Mali due to a combination of factors, including a misunderstanding of local conflict dynamics, political mistakes, and operational errors. Perhaps most critically, France’s approach in the country was overwhelmingly militarized and failed to address Mali’s governance crisis, despite rhetoric calling for democratization. France also failed in Mali by losing the public’s trust. Critically, France also lost the trust of the Malian population through a lack of transparency about civilian casualties during military operations (CSIS: the Center for Strategic and International Studies, 2022).

French soldiers are now packing up in their bases, preparing to leave, while their leaders focus on their relationships with other, friendlier countries like Niger and Ivory Coast, where this month they will hold a training session with local troops, as they have done for years. This is while over the past few years there has been a sharp rise in criticism of France across its former colonies in Africa, rooted in a feeling that colonialist practices and paternalistic attitudes never really ended (The New York Times, 2022).