DRC: Attack against a church leaves at least ten dead

DRC: Attack against a church leaves at least ten dead 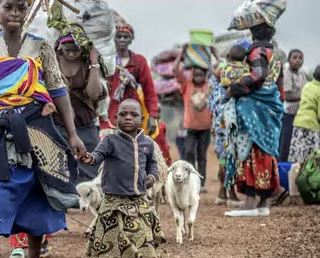 For decades, the Democratic Republic of the Congo has been plagued by numerous rebel movements. The crisis which today has put the local populations in an extremely difficult situation.

A bomb attack in the Democratic Republic of Congo (DRC) killed at least ten people and injured more than 39 others. The attack took place this Sunday at an evangelical Protestant church in Kasindi, a town near the border with Uganda in North Kivu province.

Congolese authorities attributed the attack to an armed group affiliated with IS. However, they suspect the ADF allied democratic forces of Ugandan origin. These groups seek to control territories for ethnic reasons or to extract rich resources from the soil, often encouraged and financed by neighboring countries.

For decades, the Democratic Republic of the Congo has been plagued by numerous rebel movements. These groups are particularly active, particularly in the east of the country in the provinces of North Kivu and Ituri. They are crystallized around the ethnic origin of their fighters or are motivated by religious reasons.